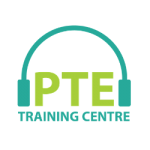 How is PTE different from IELTS 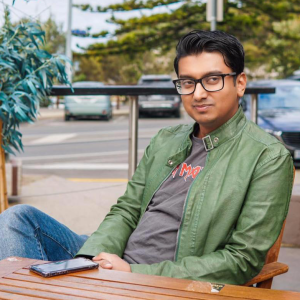 English proficiency tests are in important aspect of everyone’s lives today. Students seeking higher education have to prove their English language speaking abilities through this test. Along with people hoping to migrate to an English-speaking country require to take this test to prove that they will be able to communicate and manage their lives in the country of residence they hope to be in. While we hear of many tests for example IELTS, TOFEL, GRE and PTE. There has always been a debate on which test would be easier to take. Depending on the country you are aiming the two most popular English proficiency exams taken in Australia is IELTS and PTE. It is also important for you to acknowledge the requirements of the institution you are applying for within Australia.

For starters, IELTS is the International English Language Testing System under IELTS Cambridge and Australia Assessment English, British Council and IDP. This exam can be taken under two categories including General Training Version and Academic Version. The IELTS test lasts for exactly two hours and forty-five minutes with a separate test time and date for the speaking exam.

While PTE is conducted under Pearson PLC Group with three categories under which you could sit for the test including PTE General, PTE Academic and PTE Young Learner. The PTE exam lasts for about three hours with allocated time split between three parts, this exam also gives the test taker an option to take a ten-minute break between Part two and three. You can find more information on the Basics of PTE, along with other important updates regarding the Language Test.

While both tests have the same marking criteria of assessing a test takers ability in English proficiency through their Speaking, Reading, Writing and Listening skills and abilities, there are fundamental differences between the structure and marking scheme of both tests. Weather or not these tests are easier than the other is a subjective issue depending on the strengths and weaknesses of individual test takers.

It is a well-known fact that both IELTS and PTE follow the same four modules. But the structure and format of how the test is conducted is completely different.

While in IELTS you are scored separately for your Listening, Speaking, Reading and Writing. In PTE you are marked under 3 parts where Speaking and Writing fall under Part 1, Reading in Part 2 and Listening in Part 3. In IELTS the listening, writing and reading questions are all taken directly one after the other on a paper-based examination system, and the speaking exam is taken on a different date comprising of an invigilator that records your answers.

PTE on the other hand takes place completely in a computer-based exam, you are given noise cancelling headphones, laminated pieces of paper and a sharpie. There is no human interaction throughout the test, except meeting the invigilator if you are opting for a 10-minute break between Part 1 and Part 2. Another distinctive structural system is how in IELTS the examiner is able to move back and forth between questions, re-checking or proofreading. While in PTE once you have submitted a task, there is no way for you to go back to it and check.

Venue of Test Differences Between IELTS and PTE

Depending on the country you are sitting for the test, IELTS tests usually take place in a large hall inside a hotel, banquet hall, or convention centres. The pattern of the physical test format and venue is close to sitting for British Council or Cambridge board exams. You will be sitting for the tests with a large number of examinees under one big hall to write the exam. While the PTE exam takes place at only PTE authorized centres that are generally managed under the Pearson Group. You as a test taker will be directed to a lobby first to wait in, and then taken to an intimate computer lab comprising of 8 to 9 computers in semi-private cubicles.

Scoring Differences Between IELTS and PTE

PTE being completely based on an automated scoring and grading system, it will grade you in the bands between 10-90. With most institution and immigration requirements wanting a minimum of 69+ or 79+ in all bands. While in IELTS you will be scored between 0-9, where immigration and university requirements may vary anywhere between 6-9 in all bands. While the results of PTE are emailed to you in 3-5 working days, sometimes it may arrive in 24 hours. And in IELTS it takes up to 13-15 calendar days for the results to be posted.  Although both tests results are popularly described using the term “Bands”, it is the score report of IELTS that is scored in the form of bands while in PTE the results are in the form of points.

Despite all differences both exams will need you to be fluent in English along with grammatical accuracy, good vocabulary and critical thinking. It is crucial that you practice and understand the testing scores in order to deliver your optimal skills and abilities. 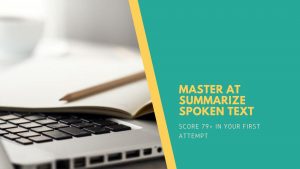 For PTE Summarize Spoken Text you hear an audio recording and need to write a 50-70 word summary on what you heard. Like all Language tests, using proper grammar, forming complex sentences and the use of advanced vocabulary is very important attribute 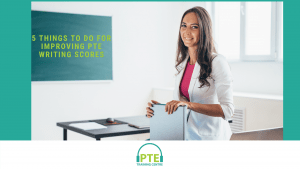 Pte Writing (Click here)can be the most intimidating and challenging 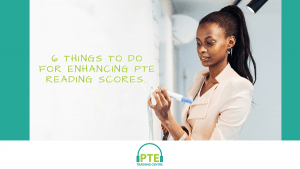 6 Things to Do for enhancing PTE Reading Scores

In your PTE Academic exam, the second section of the